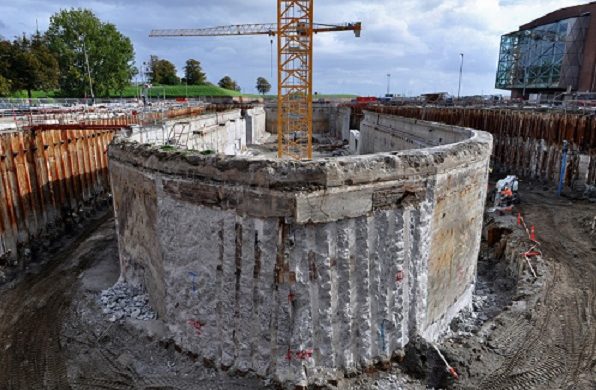 A shortage of workers in the building and construction sector could prove to be a headache in the future (photo: flickr/seier+seier)

Simon Emil Ammitzbøll, the minister for the economy and internal affairs, has been able to present the best economic prognosis for many years, with Denmark looking to end 2017 with the highest growth rate for 10 years.
The number of people in employment has also risen.

Eurozone also upping its performance
The main reason for the good Danish economic result is that the countries around Denmark in the Eurozone are also showing growth. For the first time in a long time, Eurozone growth has been over 1 percent.

“Exports are also doing well and we expect them to grow by 4 percent this year and 3 percent next year.”

Jobs for foreigners
The figures also show that since 2013, 150,000 new jobs have been created in Denmark and 65,000 of them have gone to foreigners.

“I’d like to emphasise that it is very positive that foreign workers are coming to Denmark, but we are going to prioritise efforts to make sure that even more Danish citizens enter the job market.”

Keeping a weather eye open
The minister also added there was a need to remain vigilant to avoid imbalance because Denmark’s economy is entering a boom period.

“We have to keep an eye out for potential risk factors, not least bottlenecks in the employment market.”

It is especially in the building and construction industry that companies are having difficulty recruiting workers. A shortage of labour will slow the economic upswing.

Welcome to the home of Fornax Capital Ltd.

By continuing on to this site you confirm that you have read and understood the below information and qualify accordingly. The investments featured on this website are only suitable for Professional, High Net Worth or Sophisticated Investors.

This website and the documents relating to the bond offer have not been approved as a financial promotion.

Please be aware that Fornax Capital Ltd is NOT authorised or regulated by the Financial Conduct Authority. We do not offer any financial advice in any guise and as such none of the investment products we offer are covered by the Financial Ombudsman Service or the Financial Services Compensation Scheme.

The value of any investments can fluctuate and you may not get back the full amount you have invested. Do not invest unless you have carefully thought about whether you can afford to and whether it is right for you. It is highly recommended that you always seek professional advice before entering into any contract.

I CONFIRM. CONTINUE TO THE SITE